< Seiko released its first Grand Seiko wristwatch in 1960. This year, to commemorate the 55th anniversary of the Japanese brand’s most haute watch collection, Seiko has introduced a new, limited-edition Grand Seiko, equipped with its proprietary Spring Drive chronograph movement. This very special timepiece will be among many on display at WatchTime New York, America’s Luxury Watch Show, on October 23-24.
Like many other timepieces on the market these days, the Grand Seiko 55th Anniversary Spring Drive Chronograph Limited Edition features a de rigeur deep blue dial (Seiko says it is the Grand Seiko line’s signature color), which provides an attractive contrast with the chronograph hands, which are gold-toned. A center-mounted hand ticks off the stopwatch seconds, while two small subdials on the right side of the dial tally up the minutes (30) and hours (12).
The dial also features a date window at 3 o’clock, a power-reserve display at 7 o’clock, small seconds subdial at 9 o’clock, and a central GMT hand. The tachymeter-scale bezel is made of black, mirror-polished ceramic, seven times harder and 25 percent lighter than stainless steel and renowned for its durability and high scratch resistance. The watch is the first Grand Seiko to use a ceramic bezel. The case’s screw-down crown and chrono pushers help keep it water-resistant to 100 meters.
Inside the 43-mm-diameter titanium case, and visible through a curved sapphire caseback, is Seiko’s Spring Drive Caliber 9R96, which achieves its high level of accuracy (+/- 0.5 seconds per day, +/- 10 seconds per month) through its combination of a balance wheel, electro-magnetic energy, and a quartz oscillator instead of a traditional escapement; the Spring Drive system does use a traditional rotor for automatic winding of the mainspring — here emblazoned with the Grand Seiko lion emblem in 18k yellow gold. The movement boasts a 72-hour power reserve.
The Grand Seiko 55th Anniversary Spring Drive Chronograph — which is entirely manufactured, from movement to finished watch, in Seiko’s Shinshu Watch Studio in mountainous central Japan — is secured on a titanium, three-fold clasp with push-button release and “GS” emblem in 18k yellow gold. It is a limited edition of 400 pieces worldwide, priced at $10,500. >

Ik vind hem wel mooi, maar…“way out of my league!” 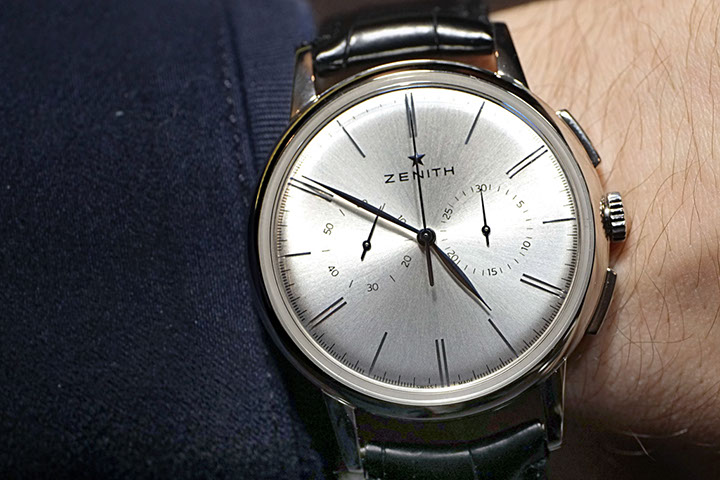 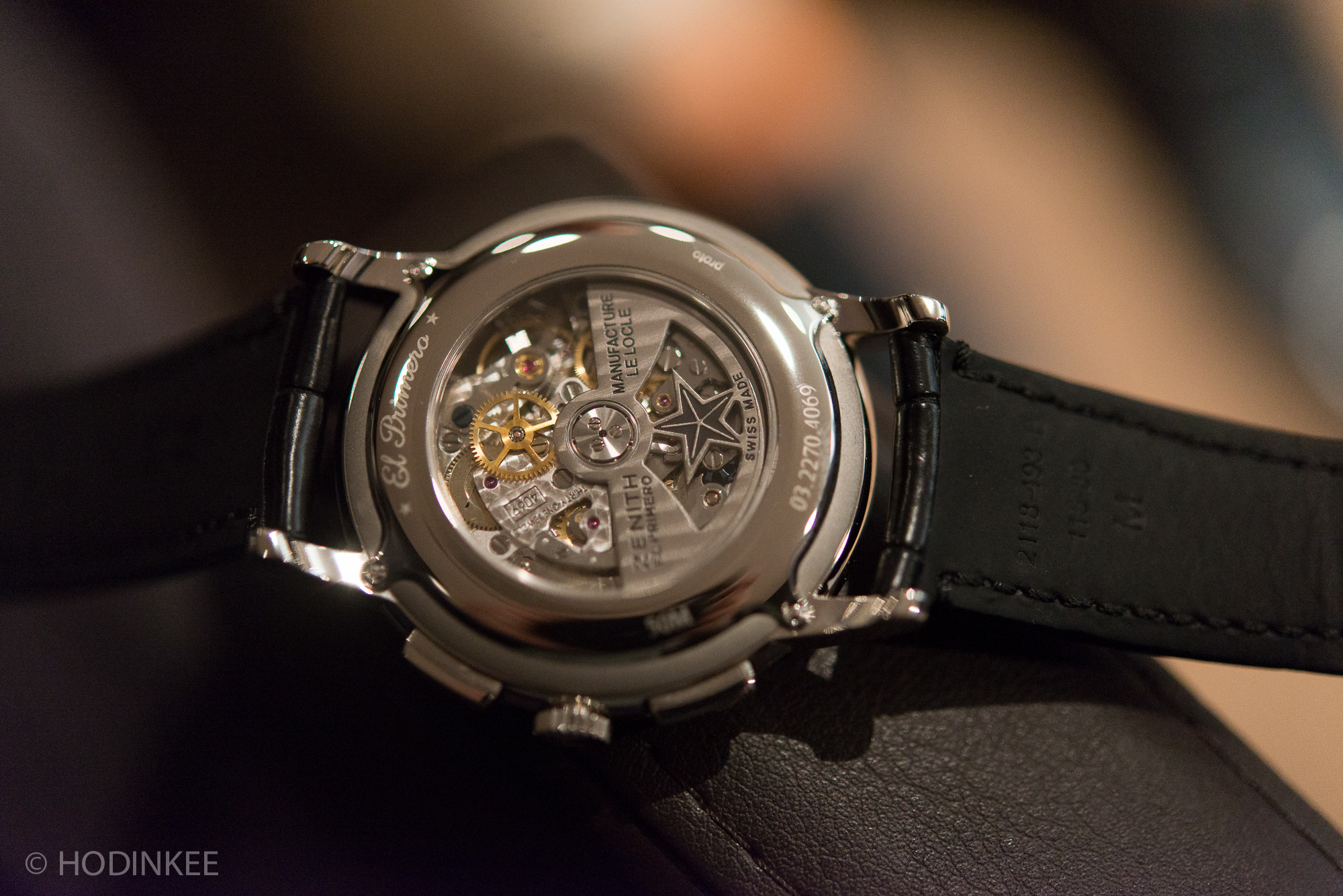